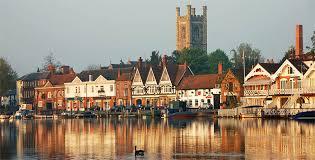 Henley-on-Thames is a historic market town on the River Thames in Oxfordshire, it is 9 miles northeast of Reading. It’s riverside location is surrounded by the stunning Oxfordshire Chiltern Hills. It is home to the famous Henley Regatta and Henley Festival. It has recently been voted one of the best places to live in the English countryside. The town is also a regular will of RHS Britain in Bloom medals. A great place to relax, have picnics in the summer or shop in the quirky independent shops. 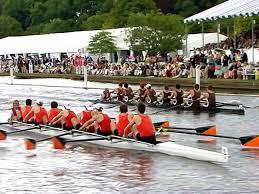 Henley Royal Regatta is a rowing event every summer on the River Thames in Henley. Known as the most famous regatta in the world. A five-day prestigious rowing event which was founded in 1839, it lasts from Wednesday to Sunday ending on the first weekend of July. The Royal Henley Regattas most prestigious event is the Grand Challenge Cup for Men’s Eights. All the races are head-to-head knock out competitions that are raced over a course of 1 mile.

The regatta attracts international crews to race. Rowing clubs from countries all over the world including, Australia, Netherlands, USA, China, France, Canada and New Zealand all send crews to compete. During the day the picturesque river banks will be bursting with spectators wearing beige hats and colourful blazers in the sunshine sipping their pimms and champagne. By night people party in the marquee nightclubs and dance the night away. 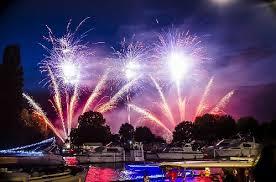 Henley Festival known as ‘The UK’s Most Magical Summer Party’ is an annual festival taking place over five days, held in July just after the Royal Henley Regatta. The main stage floats on the river and the audience use one of the grandstands and soak up the atmosphere.

The festival celebrates the best of UK and international music and arts. From jazz to blues, pop to world music and classical. The programme includes visual art, comedy, fashion, street theatre and fine dining. Celebrating the diversity of music and arts there is something to suit everyone’s taste bringing music and culture for all to soak up in Henley with thousands of people attending this festival you have to experience this magical festival.