The Abbey Ruins is in the centre of town, opened its doors to the public on the 16th of June after being closed for 10 years. In the past the Abbey stood as tall as the Blade building(which is the tallest building in Reading, 86 metres tall) and was as wide as Westminster Abbey. Now you can see the ruins of the Royal Estate. The Abbey Ruins has undergone an intense 3-year conservation project and the public has been eagerly waiting for its reopening.


You can now explore the ruins, there are plenty of information boards around the abbey so you can learn about its history whilst visiting. You can also join in with the various activities that have been planned throughout the year or relax and have a picnic whilst soaking up the years of history. For more information visit their website:

When visiting the Reading Abbey you will have the opportunity to learn about its 900 years of history. In medieval times Reading was the site of a great royal Abbey. The Abbey was home to a religious community which was centred around a church. It was in 1121 that King Henry I announced that he wanted a new abbey built. There was no expense spared in the construction of the abbey. An impressive church was built with living quarters for dozens of monks. The Abbey was one of the largest monasteries in Europe. 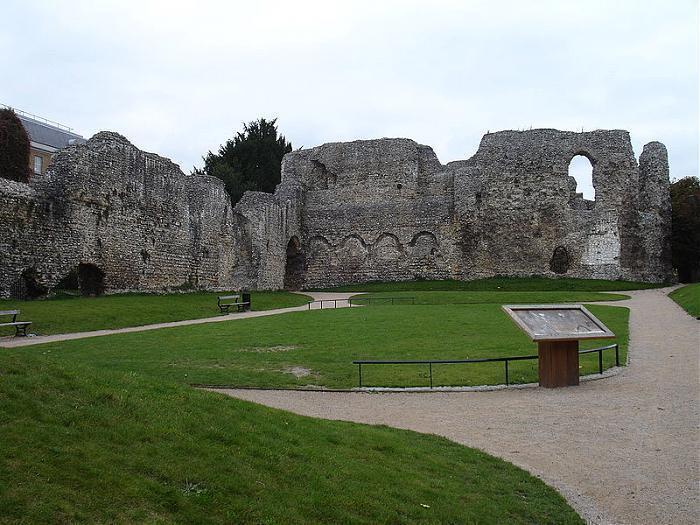 King Henry I did not live to see the completion of his Abbey, he died in 1136 and was buried in front of the high altar. The Abbey then became a place for other royals to be buried. The Abbey was the 4th largest church in Britain. Opened in 1164 by the Archbishop of Canterbury whilst building works were still going on. In fact, it took almost 200 years after the original foundation was laid in 1121 to complete the Reading Abbey! Monks lived, worshipped and worked at the Abbey for more than 400 years. Thousands of pilgrims visited the abbey as they searched for blessings and a cure if they were ill.

It is recommended to start your visit by discovering the history of Reading’s Royal Abbey and the Norman conquest at Reading Museum, which is a short walk from the Abbey. Then explore the abbey quarter and soak in the history.

You have a few options for getting to the ruins, you can take a 20-minute walk to the ruins. The ruins are accessible via Forbury Gardens or from Chestnut Walk, the riverside footpath which is accessible from either Abbey Street or Forbury Road.

If you want to drive, it’s a 5-minute drive from the hotel, however, there is no parking on site. There are six blue badge parking spaces at the front of the building. The nearby public car parks include Queen’s Road or Garrard Street.

Or you can take the number 21 bus which is just opposite the hotel into Reading town centre, you get off at King’s Road, the journey will take you 10 minutes.

As the Abbey Ruins are not far from Hillingdon Prince Hotel we recommend that you catch the bus or walk to the ruins. If however, you want to explore the town’s waterways, you will be pleased to know that Thames River cruise now run a service to Reading Abbey. You will have the opportunity to soak in the history of Reading by travelling along the River Kennet and the River Thames. Take the leisurely cruise which will start at the Thameside Promenade which is in Caversham. It will then make its way to Caversham Lock, Blakes Lock and the Bel and the Dragon for Blake’s Lock Museum. The cruise will then make its way to Duke Street Bridge for The Oracle before stopping at the Abbey Ruins.

The cruise is a great way to arrive at the Abbey, you will be approaching the abbey just like people did at the time of King Henry 1. You will have plenty of time to explore the ruins. The cruise will run on Wednesdays and Saturdays from the 25th of July to August the 18th.

To book online, check the timetable and prices www.thamesrivercruise.co.uk/book-online/reading-abbey-town-cruises